Why is Spanish Advertising Important in Hispanic Digital Marketing? | 5 Things To Know

In Hispanic digital marketing using the Spanish language can play a crucial role. It can determine how well you break the barriers of miscommunication to attract a diverse but significant American population.

In the US, over 60 million individuals trace their heritage to Latin America and Spain. Though they are all called Hispanics, they have distinct demographic and economic profiles.

According to the September 2020 Pew report, 71% of Hispanics aged 5 and above are proficient in English. About 53% speak English “very well” while 21% claim to say they speak “well”. Though there has been a considerable rise in English-speaking Hispanics, there is still a significant percentage of the Latino population who are comfortable communicating in their mother tongue. According to a ThinkNow March 2020 poll, about 12% of Hispanics speak Spanish a home which is outnumbered by English-speaking Hispanics by just 1%. About 35% say they speak both languages equally.

Why are all these stats important? What’s their significance? For a business investing in digital marketing in the US, targeting Hispanics can make a lot of difference. How you perceive and address them will determine the success of your brand, service, or product. As a business owner, you must recognize the growing significance of Hispanics in the larger American society so that you can target them knowledgeably and successfully.

If you are still wondering why target the Hispanics specifically? Here’s an example. 48% of Hispanics have listened to podcasts that are in the Spanish language, a significant increase from how they heard podcasts earlier (only in the English language). Hispanics see it as a way to keep in touch with their culture and to brush up on their Spanish-speaking abilities.

Businesses that have used podcasts in the Spanish languages have successfully managed to attract this group. In the last year alone, Netflix has increased its Hispanic viewership simply by including Spanish language programs and dubs into its timeline. 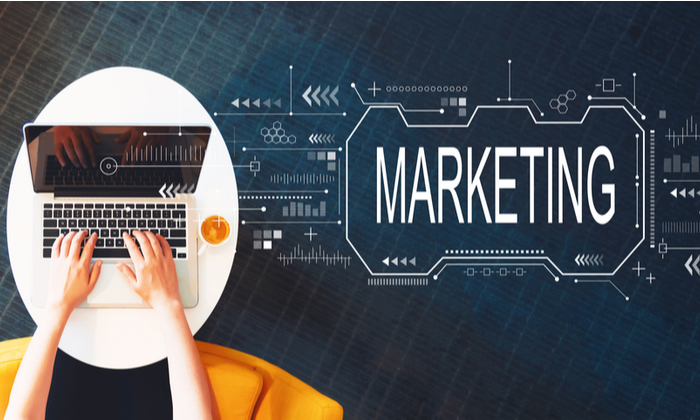 Hispanics have about $2 trillion in purchasing power. This means that this is an ethnic group you cannot miss. While digitally advertising to this target group, there are certain things you need to keep in mind which will be different from how you would normally target the general English-speaking American population.

One of the key factors that you must remember while targeting them is their family and cultural dynamics which are significantly different. In a traditional US Hispanic household, two or three generations usually live under the same roof. This largely affects the opinions of one generation on another.

If instead of them having to consume English content, they are exposed to Spanish language content, their purchasing decisions will be their own and thus long-lasting and decisive.

While focusing on Hispanic digital marketing, it is important to also understand the collective buying behavior of your target audience. Generally, it has been seen that Hispanics make collective decisions mostly because multiple generations live under the same roof. The younger, bilingual consumer usually drives the buying trend-forward while the older generations follow suit. Recent studies have highlighted how collective buying behavior is more pronounced in six categories, namely, medical services, food/grocery/vitamins, minerals and other supplements, entertainment, financial services, and appliances.

Hispanics, value positive experiences with brands highly. Whether it is shopping for brands offline or on online platforms, they will ‘like’ a brand that positively impacts them. Thus, while advertising for the Hispanics, if you want to forge a long-term association with them, you have to make an impact that’s long-lasting but also positive. 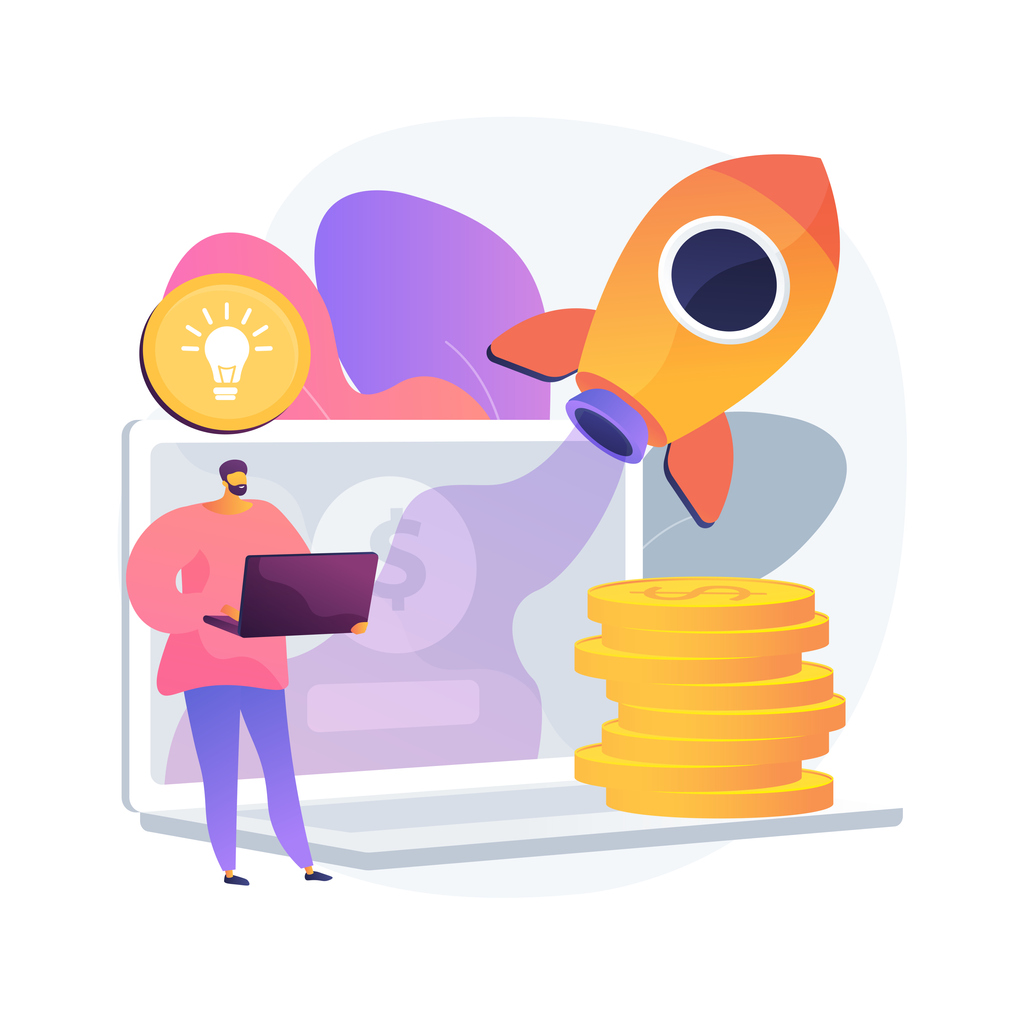 A large chunk of the Hispanic population has assimilated with the American culture and has adopted the English language. They are the Latinos born on American soil or who have been exposed to the dominant culture from childhood. While developing a Spanish-language advertising strategy is a good idea, considering the influence and size of the Hispanics who are bilingual and bicultural is very important. Businesses that have successfully targeted the Latinos who identify themselves easily with the American culture as well as with the Spanish culture have been successful in establishing their brands.

This means that while you go ahead with your Spanish language advertising, you must also keep in mind the biculturalism that has percolated within the Hispanics.

A Diverse Community Connected by a Language

Hispanics are a diverse community. These come from over 20 Latin American countries who though are grouped under an umbrella term – Latino can still be very different from one another. From culture to food, way to living to heritage, there are lots of things that are different. But if there is one thing that binds them together then it is the language – the Spanish language.

While advertising for this diverse community, it may be impossible to appeal to every varying interest or cultural nuances. That’s why understanding and respecting the commonality – their language is important. Simply translating English language content to Spanish isn’t going to work here. For the Hispanics, language and culture are deeply intertwined and they do not value simply translated content.

It is also important to understand that many Hispanics in America are comfortable with the English language. They can be targeted with English language content without difficulty. But while doing so, their cultural differences and understandings should be taken into consideration.

Spanglish (making a new word using English and Spanish) can help to specifically target this community. While this may be a useful strategy, you must be sensitive while ‘creating’ new words as you may easily offend a community.

While you push for diversity in representation and what to expose your brand far more effectively among the Hispanics, you must also remember to be sensitive. Stereotypical representation of Latinos is one of the greatest thorns in advertising. 53% of Hispanic Americans feel they are very often stereotypically represented in advertising. In the name of diversity, brands often compromise on representation. Such a strategy can often backfire and harm the overall goodwill of the business.

Though there isn’t any doubt that there is an apparent discrepancy in actual representation, if you can bridge this gap, your campaign will be considered successful.

How to Build your Spanish Advertising Campaign?

No doubt targeting the traditionalists as well as the millennial Hispanics require different advertising approaches. But considering the common factor – their culture – here are a few ways to build your advertising campaign.

Rely on Spanglish – Keep English as the primary language but integrate Spanish quotes, phrases, and terms to connect with them easily.

Spanish-language advertising is a nuanced form of digital marketing. Here you must research, analyze, ideate, create, implement, and measure the success of every campaign. It is not an easy task; it isn’t a job for everybody. You need experts handling your digital marketing strategies. This is where we come into the picture. At Cyrusson Inc. we take care of all your digital marketing campaigns apart from web development, reputation management, and much more. We help businesses get noticed online and help them remain in the public eye.

We understand the importance of catering to the Hispanic population in the US. Their growing numbers and significance should not be ignored by any business keen on making its mark. As a diversified digital marketing agency, we take pride in our knowledge of Hispanics. We have worked closely with and for the community which has broadened our understanding of their needs and wants. We understand how the Spanish language is a binding factor for the diverse cultural, ethnic, and regional differences of Hispanics.

Join hands with us as we shape your digital marketing campaigns to target Hispanics. Let us work together to use the Spanish language in a way that best attracts both the millennials as well as the traditionalists. Let us find a strategy that appeals to both the first-generation American Latinos as well as the immigrant Hispanics. Book a call today or email us to know more.